Now Is the Time for Stepping Up and Becoming Involved

Last month, I celebrated the 18th anniversary of my arrival in the United States. This year has been a humbling one for all of us, and I have spent the last few months doing a deep dive about my feelings as they relate to our interconnectedness in this country and in the world.

Last month, I celebrated the 18th anniversary of my arrival in the United States. This year has been a humbling one for all of us, and I have spent the last few months doing a deep dive about my feelings as they relate to our interconnectedness in this country and in the world.

As someone who was always worried about how others might perceive me, how they would see through the perfect facade if I showed them who I was, coming to grips that I might come across as strident due to my speaking up brings about uneasy feelings.

There is a quote from the excellent documentary Crip Camp: A Disability Revolution that has been on my mind. It is said by one of its subjects named Steven Hofmann: “If you’re a handicapped person, and you happen to have a passive nature about you, you’re really screwed.” The passivity referred to in that quote is about seeing something wrong and doing nothing to change it. Substitute “handicapped” for black, female, LGBTQ, Latino, indigenous, Asian, immigrant, etc. and you get the depth of the collective frustration we have been experiencing lately, myself included.

I attempted to keep quiet for so long, not to be confrontational, swallowing the words that would have liberated me. I did not have the courage to stand up for myself and what I believed in in the past. I had to obey the rules of perfectionism, in which passivity becomes misconstrued as altruism or magnanimity.

Could you imagine me, a closeted Latino immigrant who tried to blend in by being a wallflower, speaking up? My objective was purely survival to the point of disappearance. If nobody noticed I was there, my goal had been achieved.

As it relates to my sentiments as an immigrant who has called the United States home for more than half of my life, the comedian Hasan Minhaj encapsulates my conflicted feelings: “America’s story didn’t start when we got here. When you became an American citizen, you don’t just get to own the country’s excellence. You have to own its failures. That is the deal.”

The fight for social justice, civil rights and equity is constant. In the aforementioned documentary, the fight to pass the American with Disabilities Act (ADA) is chronicled. The movement for giving rights to the current 61 million Americans living with a disability (26 percent of the population) was hard fought. It took decades to come to fruition. The ADA celebrated its 30th anniversary last month.
Also in July, we mourned the passing of a civil rights icon, John Lewis, who was born in Alabama, where he experienced racism and segregation firsthand. He marched with the likes of Rosa Parks and Dr. Martin Luther King, Jr. His contributions to the betterment of our society, to making sure that everyone had equal access to voting in the United States - for which he was beaten, had his skull fractured and was put in jail over forty times - cannot be overstated. He also served in the U.S. House of Representatives for over thirty-three years - from 1987 until his passing.
The global pandemic has laid bare how unequal we are; how geopolitics makes us safer or move vulnerable; how the previous image of perfection and having everything under control was an illusion.

As a former perfectionist, I’m still shaping my voice, I do not know what form it will have even a few months from now. I have been cultivating it through trial and error, which can be quite scary. It means I am not in control of everything. I never was.

Activism is defined as the policy or action of using vigorous campaigning to bring about political or social change. My invitation for us is to find out what lights our fire and become acquainted with it. Not all of us are going to be out in the streets protesting. Some of us will do it through writing, painting or even passing out flyers, starting petitions, making calls or sending emails. We do not need to march to Washington, DC or give great political speeches to advocate for liberation. People past and present spoke and continue to speak through their poems, their paintings, their songs and so much more.

The only way to change historical, systemic injustices is to do something about them. Now is the time for stepping up and becoming involved. What will your contribution to society be?

Eric Faria is a Life Coach who helps people hiding behind perfectionism. He produces and hosts the TV Show I AM with Eric Faria, available on YouTube. The show is also a podcast on multiple streaming platforms including Apple Podcasts and SoundCloud. Send him an email via ericfaria@icloud.com. 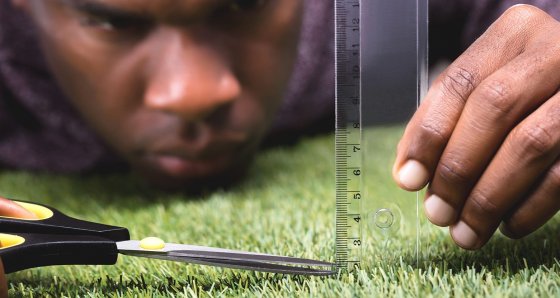